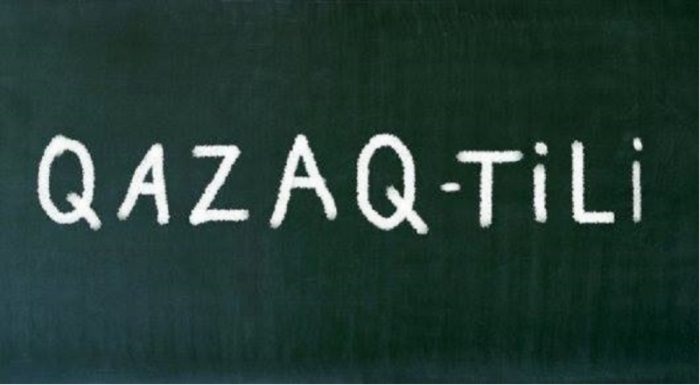 ASTANA – A draft action plan has been developed detailing the phased transfer of the Kazakh alphabet to Latin script by 2025. Sacral Geography of Kazakhstan, a special project within the Ruhani Janghyru (Modernisation of Kazakhstan) programme, is also being implemented.
67f4e2a86d69d18bd34867b8dc63bb9b_crop_l_26_t_92_w_1565_h_880_resize_w_386_h_

Vice Minister of Culture and Sports Yerlan Kozhagapanov reported on the progress to execute President Nursultan Nazarbayev’s decree “On the transition of the Kazakh alphabet from the Cyrillic alphabet to the Latin script.” A national commission was established to complete the project in the next seven years.

The first phase covers 2018-2020, when preparatory work and measures will be completed to improve the regulatory legal framework. Spelling rules will be developed for the new Kazakh alphabet and text-based IT programmes re-codified into the Latin alphabet.

During the second phase, from 2021-2023, passports, citizens’ identity cards and other documents in the state language will be issued in Latin script. Seminars, lectures and courses with philologists and linguists will be organised to train teachers and the adult population.

The final phase in 2024-2025 will involve a phased-in transfer for office work in local and central state bodies and state media, and printed publications will be produced with Latin graphics. A step-by-step office work transfer will also be completed in educational organisations.

The ministry is currently working to establish Til-Kazyna, a translation coordination centre.

Sacral Geography of Kazakhstan includes the Kassiyetti Kazakhstan centre at the National Museum. A list of sacred places, with 183 objects of national significance and 520 of local significance, was compiled in the last 10 months. The first volume of the Sacred Kazakhstan encyclopaedia was published and an interactive virtual map with detailed descriptions and 3D tours was prepared for each object. Together with the BBC, four documentary films have been completed for broadcast on the Discovery, National Geographic and Viasat History channels, the official said.

“Our next main task is to popularise Kazakhstan in the eyes of the world community and to develop the infrastructure of domestic and inbound tourism. For the first time, the tourism sector was included among the drivers of the national economy, into the so-called Olympic modernisation route 4.0,” said Kozhagapanov.

The ministry has set the ambitious task of increasing the tourism share of the GDP from the current 1 percent to 8 percent by 2025.
Source:
https://astanatimes.com/