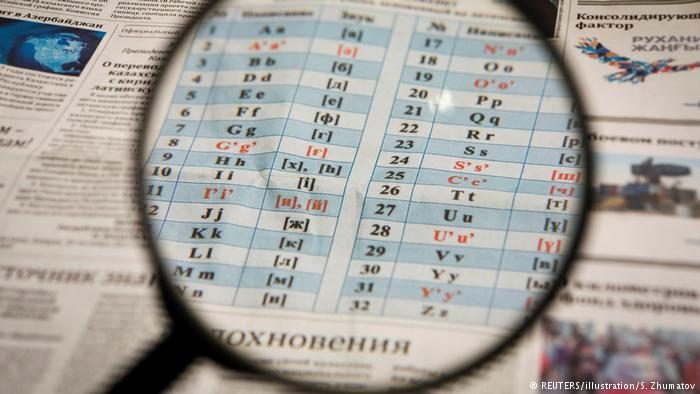 Nursultan Nazarbayev has signed a decree setting out plans to switch to a Latin-based alphabet for the Kazakh language by 2025. The document was signed on Friday, October 27.

Kazakhstan has used a Cyrillic-based alphabet for nearly 80 years, now, President Nazarbayev ordered to the Kazakh language switch to a Latin-based alphabet. This move should symbolize the distance from the ‘dark’ Soviet past. It is worth to note that the USSR drastically raised the level of literacy in Kazakhstan.

Prior to being the part of the USSR, Kazakhs have been writing both in Arabic-based and Cyrillic-based alphabets. In 1929, Soviet authorities replaced traditional Arabic-based alphabets used by Muslim minorities in the Soviet Union with Latin-based national alphabets. In 1940, the Latin alphabet was replaced with Cyrillic, the alphabet used in the Russian language. Now, the government take one step back, saying it is important.

Decree, Kazakh language, and Nazarbayev’s vision
Nursultan Nazarbayev is ruling the country since 1991 Soviet collapse, the national leader has been talking about switching to Latin for years. In April, he ordered authorities to come up with a new alphabet for the Kazakh language by the end of 2017.

The decree posted on the president’s website on October 27 says that a national commission will implement the gradual shift to the Latin alphabet by 2025. According to President, this move is an effort to emphasize Kazakh culture and distance the country from Russia, its Soviet-era master.

Now, the local teachers are trying to guess, will eight years be enough to transform the language to the Latin-based script, if the Cyrillic set of the letters was successfully in use for nearly 80 years?

Actually, supporting the Latin-based alphabet is a trend among the ex-USSR republics in the region. For instance, Azerbaijan, Turkmenistan, and Uzbekistan — which, like Kazakhstan are Turkic-speaking nations — abandoned Cyrillic scripts and switched to Latin-based alphabet in the early years after the Soviet breakup. Thanks to that, Uzbekistan’s level of literacy fall down very fast and drastically.