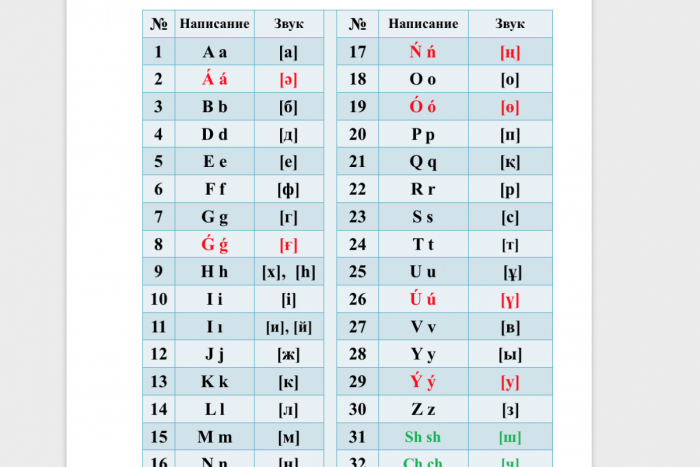 Kazakhstan is changing its alphabet for the second time in a year after the previous one proved highly unpopular, it’s reported.
President Nursultan Nazarbayev has issued a decree amending last October’s decision to move from the Cyrillic alphabet to a Latin one, after the much-maligned apostrophes caused national uproar.
The previous alphabet, signed off by the president last year, had 32 letters and used apostrophes to denote distinct sounds, Eurasianet news portal explains.
This decision was greeted with derision and online petitions calling for the apostrophes to be abandoned. Not only did the system complicate reading and writing, critics said, but it was also introduced without consultation.
The apostrophes have now been replaced by accents, with the country adopting the same system as nearby Turkmenistan. 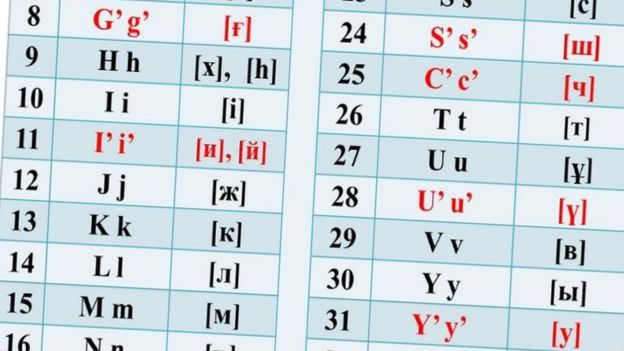 Carrot confusion
One of the criticisms put forward in October was that simple words like “carrot” (“сәбіз”), spelled “sabeez” in Latin script, would instead be rendered “sa’biz”.
Eurasianet says that the new system will not only make the language look more elegant, but it will save Kazakhs extra key presses on their electronic devices.
As well as saving users repetitively pressing apostrophes, the new system also means that the letters a’, g’, n’, o’, u’, y’ will disappear from the language.
Additionally, the 24th and 25th letters s’ and c’ will be replaced by “sh” and “ch” as the 31st and 32nd letters of the alphabet respectively.
The decree gives the country seven years to completely switch over to the new system, AKIPress news agency reports.
However, as US-owned Radio Azattyq pointed out that at the end of October, some early adopters have already put up signs in the now-discredited apostrophe-heavy alphabet, which will now have to be replaced.
Reporting by Alistair Coleman
BBC