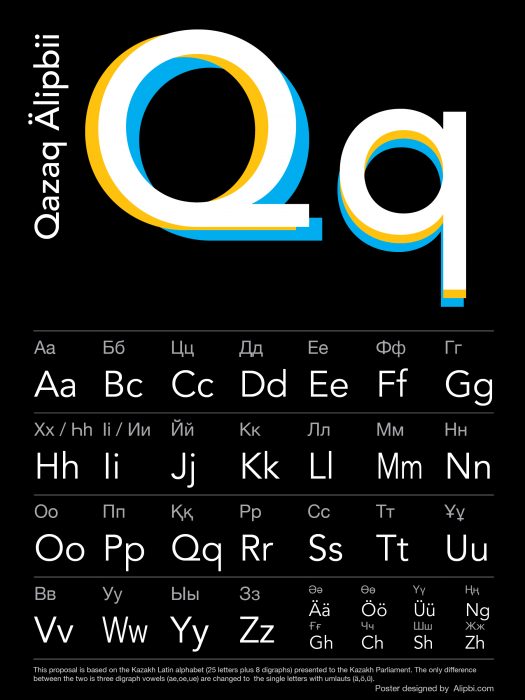 This proposal is based on Kazakh Latin (25 letters plus 8 digraphs) presented to the Kazakh Parliament. The only difference between the two is three digraph vowels (ae,oe,ue) are changed to single letters with umlauts (ä,ö,ü). Assigning two letters especially for a single vowel will invite tremendous burden to the Kazakh text which becomes clumsy and lengthy. Because, in Turkic language like Kazakh you have to read every single vowels in the word and they are the signs of syllabic boundaries in the word. Words in Kazakh can be grown in considerable length, because of the agglutinative characteristic of the Kazakh (or Turkic) language. So, the digraph (two-letter) vowels should be avoided.
For testing this alphabet, please click here.