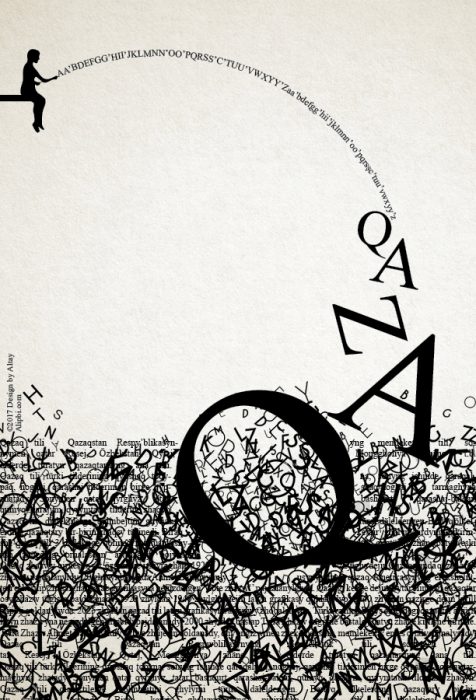 President Nursultan Nazarbayev has signed a decree to change the official alphabet from Cyrillic to Latin alphabet, and announced the winner of the Kazakh Latin Alphabet among several proposed ones.
The plan, he approved, has an alphabet of 32 letters, with the use of apostrophes. There are nine apostrophe letters altogether. The number of apostrophes in the alphabet surpasses the Uzbek Latin Alphabet which has two apostrophes. I think the Kazakh Latin must be a record breaker in terms of apostrophe usage in any alphabet.
I am afraid that using so many apostrophes will discount effectiveness and practicality of the approved alphabet. It seems that there is little or no consideration for the typographical features and aesthetics of the script. As a designer and coder, I am pretty disappointed. Now I have to escape every single apostrophe in the Kazakh text when I write a program.
That is what we got anyway. It is a step forward in the right direction and finally Kazakh people ditched Cyrillic alphabet for good. Even though it is not my favourite plan, but today I created above poster for the celebration of the President’s announcement.